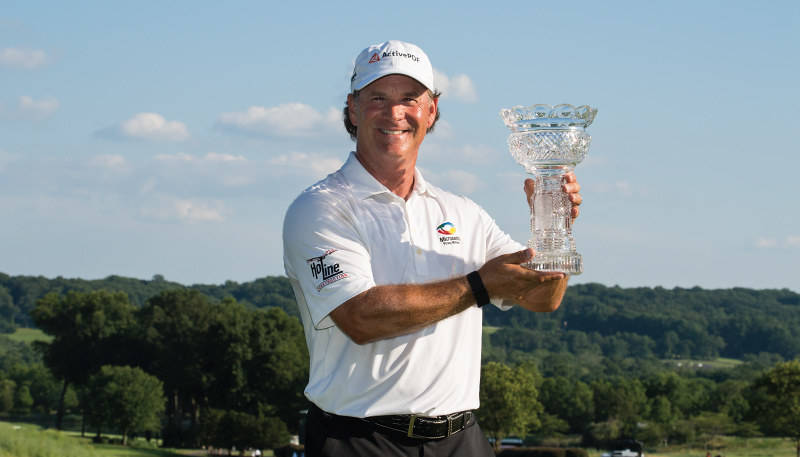 Competitive energy company supports championship tradition of giving back through $500,000 in funding to nonprofit organizations

CHICAGO (May 30, 2018) — Constellation today announced that it will provide $500,000 in grants to five Chicagoland charities focused on education, youth development and affordable housing as part of this year’s Constellation SENIOR PLAYERS Championship, which will be held July 9-15 at Exmoor Country Club in Highland Park, Ill. The 2018 Constellation SENIOR PLAYERS Championship, conducted by the Western Golf Association and PGA TOUR Champions, will mark the first time since 1997 that one of the five senior major championships has been held in the greater Chicago area. END_OF_DOCUMENT_TOKEN_TO_BE_REPLACED

Mundelein, Illinois (June 2, 2018) – A victory at next week’s $600,000 Rust-Oleum Championship at Ivanhoe Club would go a long way toward catapulting the champion onto the PGA TOUR next season.

Players who finish the season in the top 25 on the Web.com Tour money list automatically move up to the world’s most prestigious – and lucrative – Tour while others still have a chance via the Web.com Tour end-of-season playoffs. END_OF_DOCUMENT_TOKEN_TO_BE_REPLACED

As I walk onto the majestic golf course and glance down the sprawling par four with peaceful water to the right and manicured sand to the left I often ask myself, “Is this heaven?” Heaven maybe, but when I first began caddying a devil in the shape of a massive cherry red golf bag comes to mind.

I had just turned 14 when I started caddying and my golf experience consisted of hitting an orange ball through a windmill at the local putt putt. My first loop was on an early Saturday morning, my mom dropped me off into an empty parking lot while the sun was still fast asleep. I waited in line outside the caddy shack while dive bombing mosquitos attacked me at my most vulnerable spots. The caddy master handed me my chit assignment and thus began the bittersweet beginning that I would have with the game of golf. END_OF_DOCUMENT_TOKEN_TO_BE_REPLACED

Veterans make their way onto the Odyssey Golf Foundation course to begin their day on the links.

The 2017 golf season is officially underway and open to the public at the Odyssey Golf Foundation and the links are already warming up with golfers.

On April 17th the first Veteran’s Golf Outing took place with an at-capacity attendance, and the event lineup to Memorial Day includes outings on May 1st, 15th and 30th. “We’ve already scheduled more than 20 Veteran’s outings this season, up from 15 last year.” noted Lisa Halikias, Executive Director of the Foundation. END_OF_DOCUMENT_TOKEN_TO_BE_REPLACED

Spilková, 22, who represented the Czech Republic in the 2016 Olympic Games, will be making her second consecutive appearance in the KPMG Women’s PGA Championship after receiving an exemption last year. Spilková captured the Lalla Meryem Cup on April 16, in Morocco, edging out two-time major champion Suzann Pettersen by one stroke. Following this win, Spilková currently sits atop the Ladies European Tour’s Order of Merit and is in 10th place on the European Solheim Cup Qualification Ranking. END_OF_DOCUMENT_TOKEN_TO_BE_REPLACED